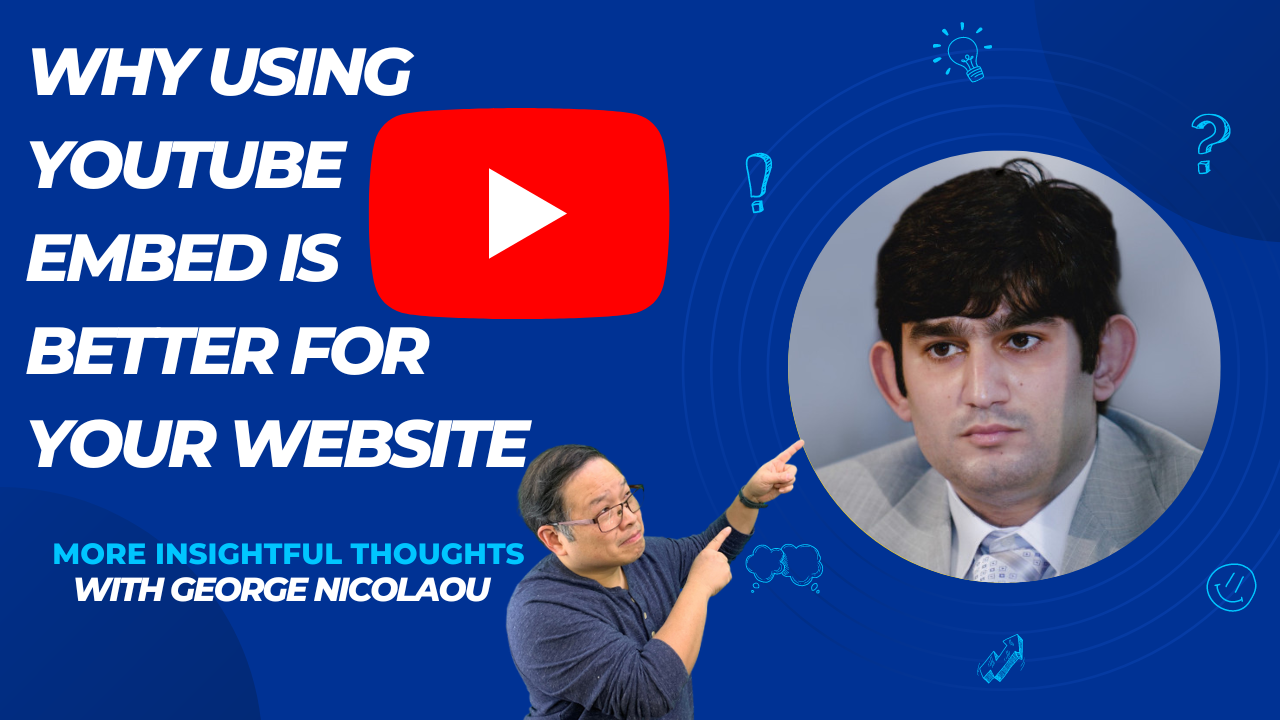 Based on the last feedback from our last article*, we clearly hit a nerve, on the interest of videos with website. That means it was time to sit down again for another conversation with our web developer George Nicholau
Our conversation shifted from taking steps for your video to function properly on the website, to a more popular topic, of how I attract more people to watch the videos.

To set the scene of this article, at full discretion, George’s insight is informative, meticulously thoughtful, and entertaining. At some point, we may release the video unplugged (and we’ll give a heads up should we release it) but since we covered a lot of ground, we took the approach to spotlight by topic and his thoughts on it. Excerpts from our chat taken have been adjusted (either for brevity or clarity) for this article. 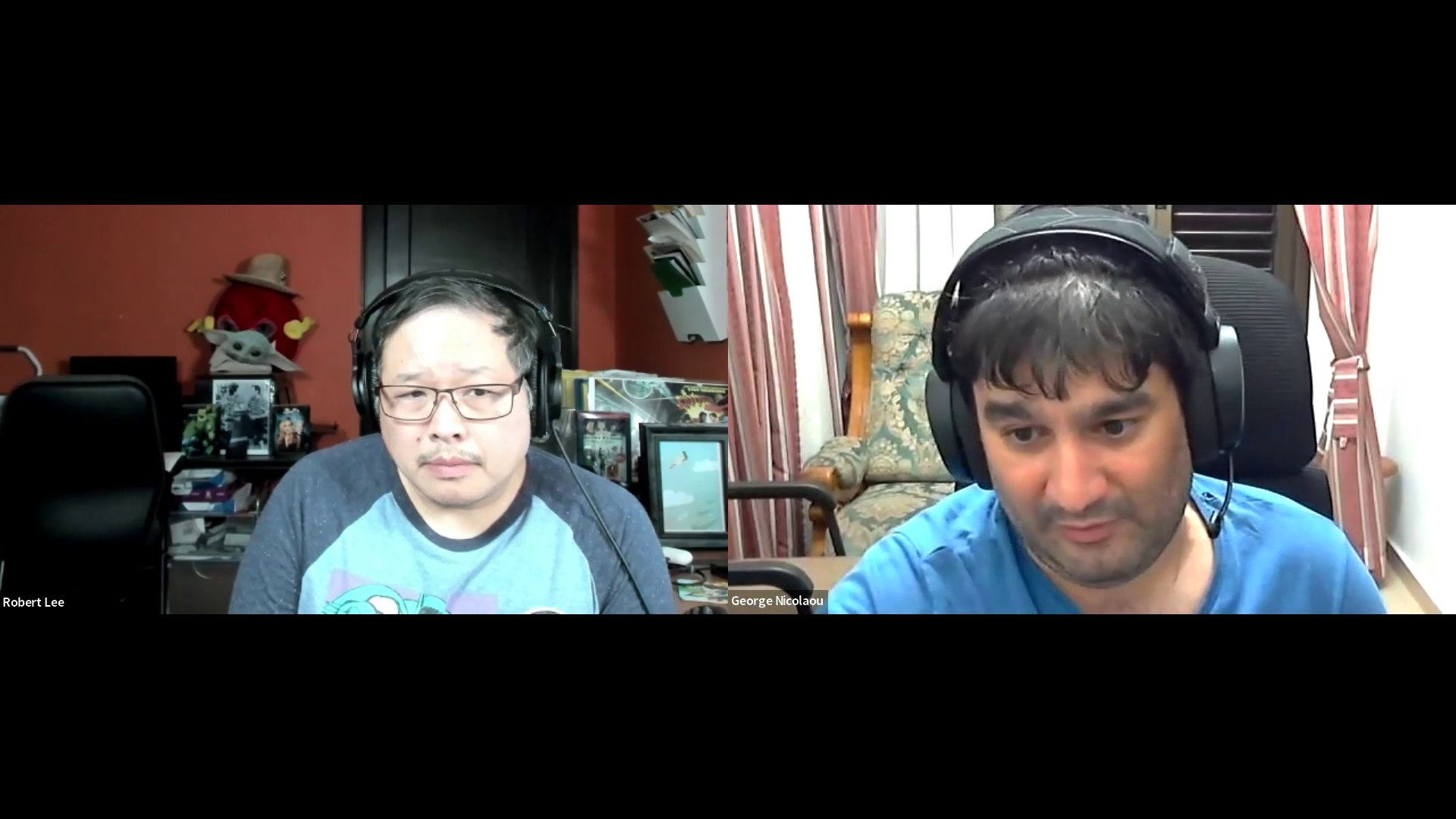 The question I had poised to George

What method was better to either use YouTube video embeds on your site, or another approach of placing an image on the site, paired with a url link for the audience to click on it. Here’s what George said. 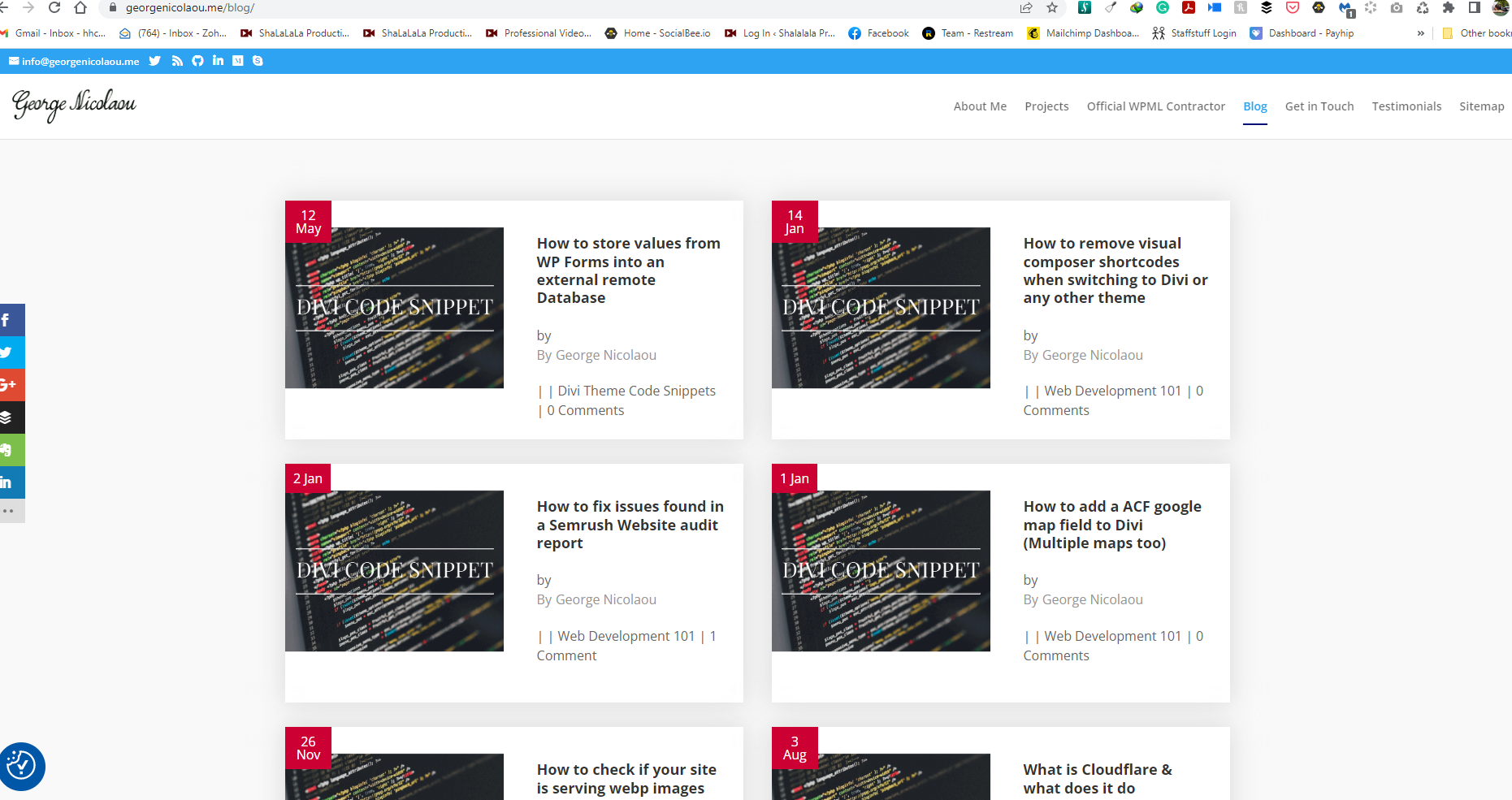 George  Okay, so this is my take on this. It’s a personal opinion, but it’s backed by what I know as a web developer and how Google works. I’m going to say google because honestly, nobody cares about anything else. It’s just Google. Okay? So just as a reminder, Google owns YouTube. If anybody, your viewers or listeners, don’t know what that is, YouTube is owned by Google. Period. Okay? Having videos on your website is a great thing. Based on what you asked me, which is the best? Do I embed it on my site? Do I just keep it there? And the answer is very simple, it depends on your goal. For example, I’m going to use my blog as an example.

I have a blog. Don’t go to my website, it looks really crappy. But I do have a blog. And I mostly write tutorials, not long ones that contain a little bit of wording, some code, if it’s a solution to a problem that’s more, regardless, related to web development. And I put in a video if I decided to do a YouTube video. Now, for anybody that has a website, the point of having a website is to have traffic and to have people engaged.

And by the way, when we say engaged on a website, we actually mean people sitting there looking at it. And I don’t mean they’re zoned out and they’re looking at it. I mean, you have content that they want to read and they’re scrolling down and they’re reading whatever it is that you’re writing. For example, I don’t know, if you stick our interview on the website and people want to read it, google will consider that, okay, 1000 people read this. They were sitting there reading it because I could tell they were reading it by going downwards. Because Google can detect things like that.

That just means that Google considers that the person is engaged in your content. Now, when using video, it’s ideal to have it embedded on your website. I don’t know much about Vimeo, to be honest, but I don’t consider Vimeo to be a search engine. I do consider YouTube to be a search engine. And I say that because when you go to YouTube and you’re like, how do I do X? I don’t know, how do I bake a potato? And people will actually type into Google, how do I bake a potato?

And they’ll probably find a video, to be honest. Now, the thing is, when you do a video on YouTube and you have it embedded on your site, that will still be considered a view on YouTube, which means it will push you up in the YouTube algorithm if that makes sense. It will also be considered engagement on your website because people are sitting there watching the video at the URL Shalalalaproductions.com, for example. YouTube is a better example for videos, in my opinion, simply because YouTube is also a search engine and Google loves it when you use its products together. I’ve done the work on your website to ensure that you’re in Google, that your site is submitted, that people can find your website, and Google knows that it’s me because I use my email to do that. And yes, I’ve invited you to that as well. And yes, you can see the data, but Google knows it’s me. Which means if you have YouTube attached to that, like a YouTube video, and it says ShaLaLaLa Productions, and because I’ve set it so that it knows that ShaLaLaLa Productions YouTube channel is an asset of Shalalalaproductions.com and there’s nothing magical you need to do to do that, it’s just a way of how you tell Google.

And in WordPress, for example, there are plugins like Rank Math or Yoast or other plugins that allow you to set up these sort of connections between, oh, this is a website that relates to ShaLaLaLa Productions, who also happens to have a YouTube channel.   I don’t think they do similar things for Vimeo because I don’t think Vimeo and Google consider themselves rivals because Vimeo is not a search engine,

(Editors note, May 162 2022 Vimeo announced new SEO enhancement for Vimeo videos more discoverable on Google Search, data inconclusive how effective are their efforts)  Vimeo is just a place for video and yes, they have memberships and stuff like that, but they aren’t considered Google’s rival. If it were Yahoo, maybe, but I mean, your best scenario is hopefully your videos on YouTube and they happen to be on your website as well, and you’ve done the connection, or your developer has essentially done the connection, say ShaLaLaLa Productions is the same as the website for this video in YouTube, right? And it’s also always good in YouTube to actually add the URL to a specific blog post that’s related to video or something in the description and stuff like that. But that’s a whole other story. But best practices, we want people to be engaged. 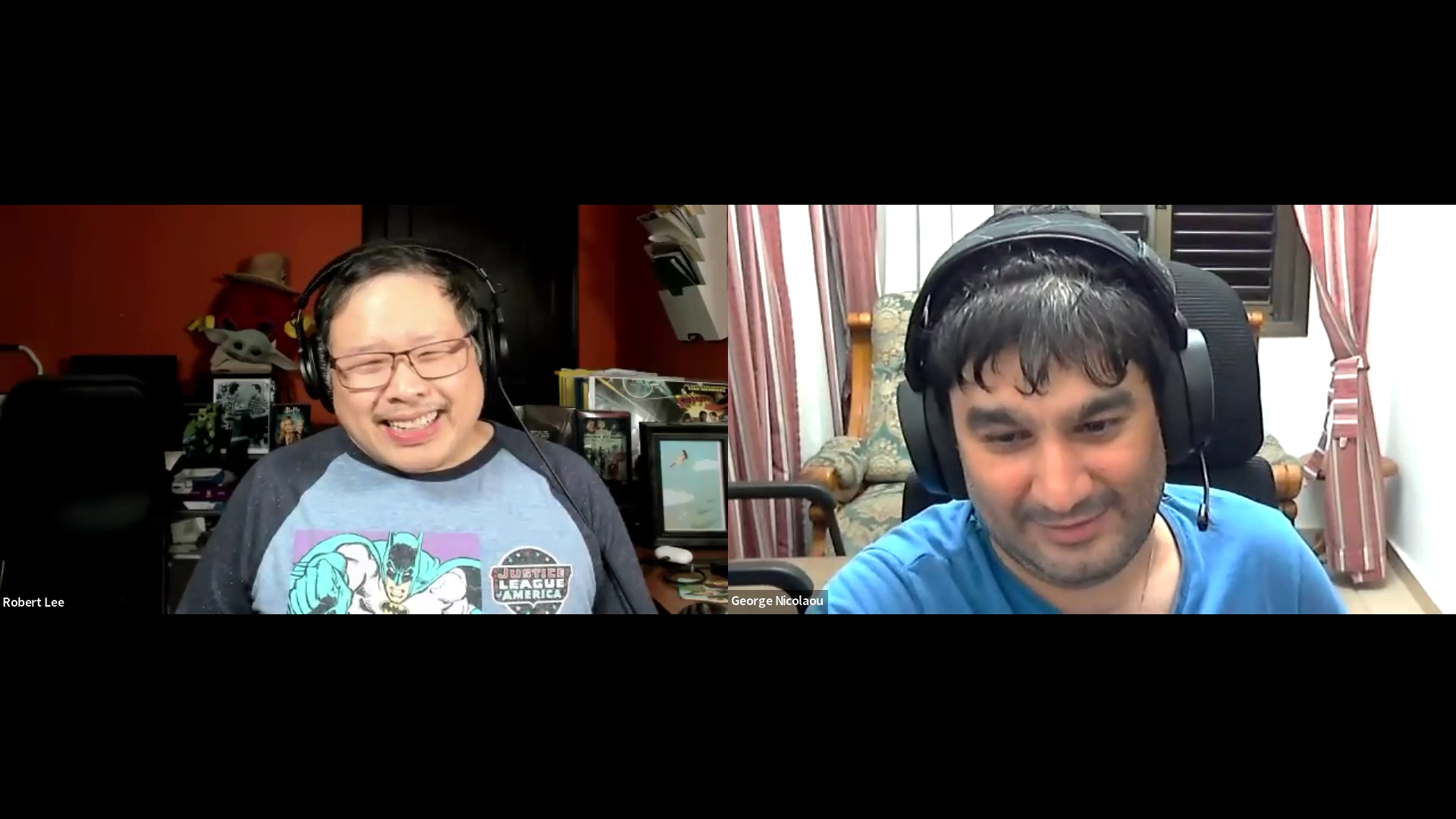 George: Now, if you want traffic on your website, because this depends on your goal, right? If you never had a website, if ShalaLalala Productions didn’t have a website and all you did was sitting on YouTube, then your point is to get more views on YouTube, which means you’ll focus on YouTube. But since you have a company website and you potentially want clients, hopefully from whoever needs production services, whether it’s in the States or elsewhere, I don’t know, they need to be more engaged in your website. And yes, you’re a video production company and you produce videos, obviously, but let them stay on your website to watch the video. If they find your YouTube channel randomly, that’s fine, because the point is, you don’t care if they watch your YouTube. If they go to YouTube and type Shalalala productions and find you, good for them. But the point is, you want them on your website because at some point you want them to become potential clients. I guess that’s your goal, right? Because if it wasn’t, then just close down the website and sit on YouTube and just wait for people to comment on your videos.

But it depends on what you’re actually trying to achieve, if that makes sense.

The key here is the question you must ask yourself that I commonly pose, what are your goals and purposes? George makes great points that if the objective is to drive traffic to your YouTube Channel Is much different to driving traffic to your website.  In this example here, we present the case of why Youtube would be your best option for your website.   In our November newsletter, we probe further into the topic where I start throwing him other questions and ideas of introducing other variables to the mix (Facebook,) and why people may not use YouTube.