« Staying Sharp
Happy Thanksgiving and where to find us »

Where’s your Inspiration? (with a pre-production tip) 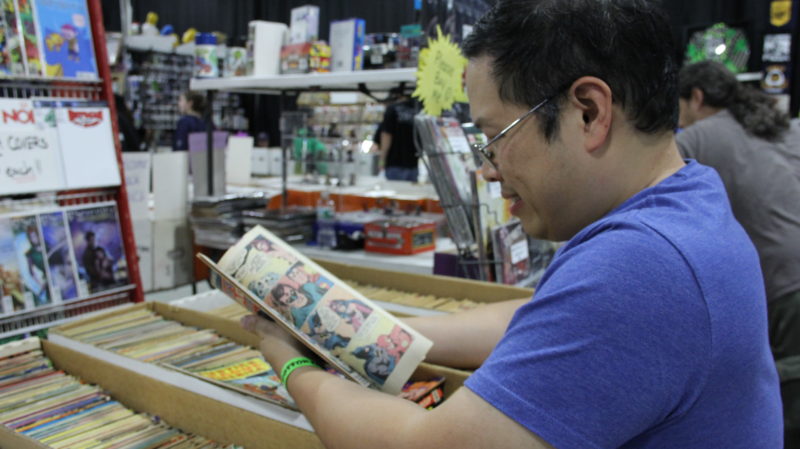 It’s fascinating to see what other folks derive inspiration to create videos, or keep their creative mind sharp and creative for lack of the better word. One thing I love to do (that I haven’t had a chance till now) is to check out a comic book.

The artwork, the stories that leap out of pages helps me think of creative ways of providing a fresh approach to producing videos for a client. Word got out of by geekiness that Everybody’s Hometown Geek had tapped me to be a guest writer to review the latest comic of Batgirl and the Birds of Prey.

It’s funny when I wrote the article for them, it came in an instant, it reminds me that when you know a subject, and the back story so intimately well, that the words would leap off the pen (or keyboard in this case). Through writing their article it helped me with creative and writer block I’ve been going through and inspired me to come up with this idea to post.

Writing about the Batgirl comic reminded me of an earlier discussion I had with one of our friends, Scott Whitney over his latest article on Why Pre-Production is important.

It’s important for clients to know what they’re going to say before filming, and what is going to be seen in the video. That’s why it’s important to have that pre-production meeting to iron it out. In fact, comic books are a lot like making a video. It follows the format of Pre-Production, The artist creates the storyboards and the writer assembles the scripts in shaping the story well before the comic is published. Whether it’s the client or us (i.e. production team) creating the script and or storyboard at the beginning is important so the clients can focus on the content . Without that script, it makes things difficult for everyone for planning purposes and conceptualizing how it looks. It’ll make the final review of the video easier when you have a game plan outlined and know what to look out for prior to releasing the video.

Going back to the Batgirl article, before I put pen to paper, I had to review with the editor over the content, if there were a specific tone and style that needed to be followed Also prior to releasing it, we had reviewed the content to ensure we met that objective. Here’s the article Everybody’s Hometown Geek, if you want to check it out. 😀 )

With that said, what’s your inspiration? What are some of the things you’ve done to overcome your challenges? We’d love to hear how you succeed. If you are still struggling to create a game plan for your video and need help, contact us today.