Just a shout out to Vineyard Vines, and a belated Thanks to Shep and Ian Murray for the great tie.( tie picture is down below)

Reason I say belated, was 5 years ago I attended a talk given by Shep where he shared with the crowd he and his brother’s experience starting up their company. Back then I was working for another company so it’s not till now that I can relate to the challenges of growing a business and comprehend the message.  How this ties in with the tie story (pardon the pun)… well I’m getting there.

As a thank you from Shep he said to the crowd that if we were interested receiving a tie to stick around at the end of the talk and see him, which I did.  I can’t remember what I said other than (thanking him) but I do recall Shep being very generous and personable as he shared with me his passionate and his love for his work and his company, He admitted he doesn’t play much music like he did before since he’s tied up with his work.   The discussion did leave a strong impression with me. The neat thing was about 4 to 6 weeks later I received the tie in the mail wrapped in a pretty nifty box along with a note from Shep & Ian.  They thanked me for listening to his talks and wished me well.

The simple thank you* gesture, and the generous tie… well I’ll admit I didn’t feel worthy to wear it, and made a promise to myself that until I’ve come close to walking in their shoes that I would wear it.*

Cut to 5 years, I’m now running my own business, and our company Sha La La La, is up for a NEDMA creative excellence award.  Though we’re not sure if we’’ll win one tonight, but I feel it’s time to break out the tie, Win or no win to be nominated a 2nd year award is an honor.  Shep and Ian if by chance you’e reading this, I’m virtually uncrossing my fingers and just extending my virtual hand to shake your virtual hand to the two of you for thanks, and will wear your tie proud. 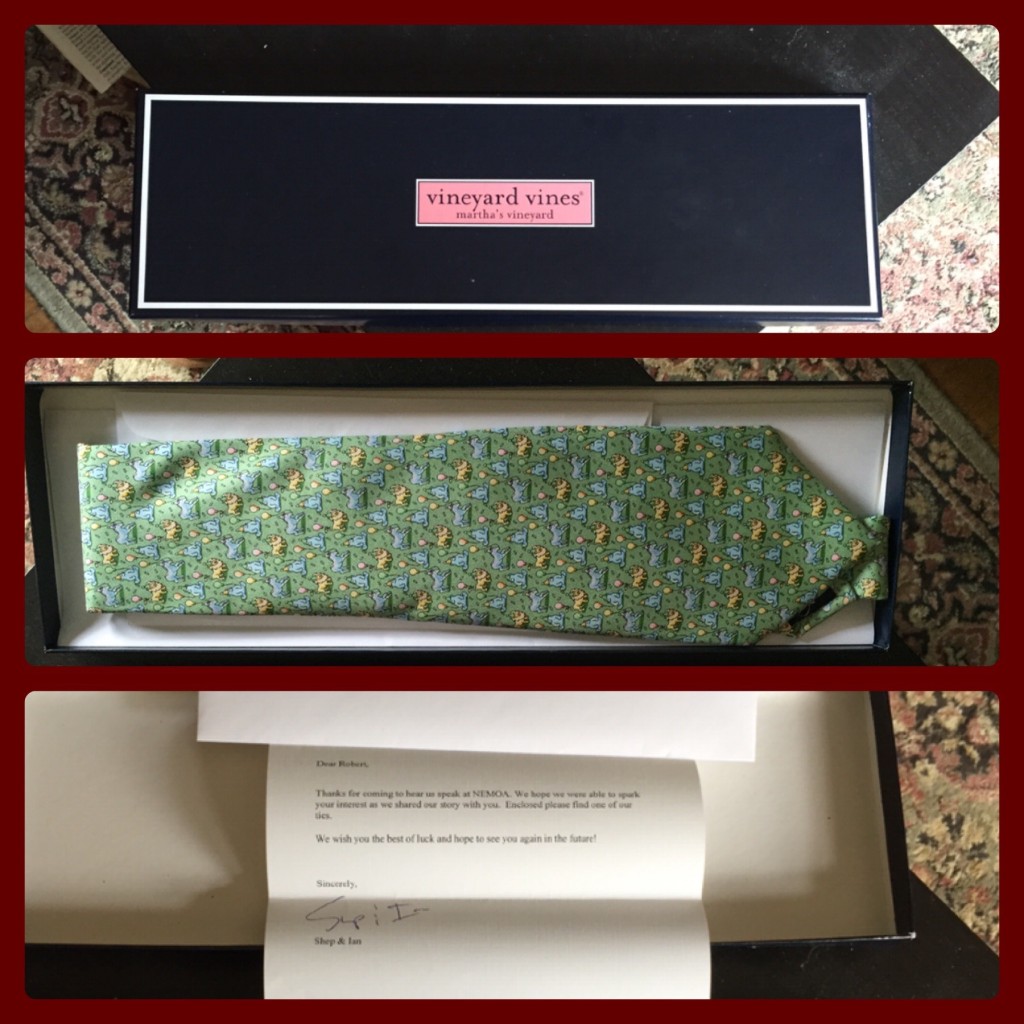