Since my last post, I’ve shot additional video for one of my clients (Oceanos) and have updated Sha La La La’s commerical portfolio section to include some of that content.

Just click on the Portfolio Tab on the home page, and choose – Video Commercial on the drop down menu. 🙂

Ok, now that we’ve got that all set, here’s something a little different. I’ll have an animated cameo on the Explosion Bus Series.

How cool is that??!!!! For those of you who are not familiar with Explosion Bus (and shame on you!), Explosion Bus is an animated web series following the antics of two men travelling the country looking for talent and performing in their travelling variety show. Most notably, the show features comedian Jonathan Katz (the voice of the Comedy Central character “Dr Katz Professional Therapist”).

For additional information just click on their logo down below 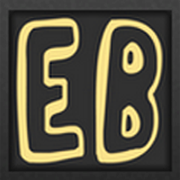 On their Facebook site, they had a contest asking fans to submit a picture of themselves in a yoga pose. From the submission they would select 3 photos, and then the fans would vote for the best photo. The top two vote getters would be animated in an upcoming episode that would feature Yoga theme heavily.

I had the opportunity to film the Explosion Bus cast in action a couple of months ago- (see the producer’s very generous testimonial for our work- thanks Katie!) and I’ll tell you-the crew is a fun and creative bunch. So I thought what the heck – and I submitted this picture below. 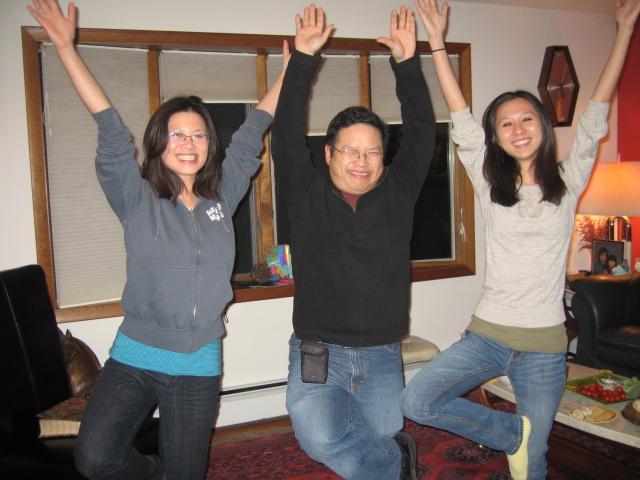 Within days I received word that I was one of the finalists. As my brother says, “It never hurts to be standing next to two cute ladies.”

Afterwards it was all a haze. I only remember I jumped up and down excitedly at being a finalist and then I feverishly used social media to get the word out to friends, family, my friends at CrossFit Craic, (aka my second family, 🙂 ) that I needed their vote. The contest was only open to voting for 24 hours! I had to work quick.

This led to the second surprise of that day -how much my friends came out to support me. Not only were they voting for me, but they were leaving comments of encouragement, jokes and tossing good vibes at me. Some people were more excited than me. Several people shared the link to the page. Small, but very meaningful gestures!

I felt a mixture of surprise, pride and was just genuinely touched, I was just blown away by all the support. Sure enough it didn’t take long for the EB crew to inform me that I won!

From a marketing standpoint, this is a prime example of the power of social media, connecting with your audience (remember my brother’s comments!) and how cultivating positive relationships can help you accomplish your goals down the road. Those “thumbs up” can pay dividends in time! That’s what we at Sha La La La Productions try and do with all our clients- and how we approach all our video productions.

From a personal standpoint, I still haven’t come back down to earth yet. Me in a cartoon wow… As soon as I learn more about when the episode will be up, I’ll let everyone know. Let’s just hope they don’t make me look like a Teenage Mutant Ninja Turtle!