« I get to go outside? YES!
Read on to learn how you can receive a Free 30 second commercial with Sha La La La Productions » 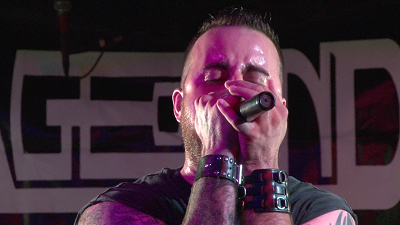 Wow, those were great performances.  One Time Mountain and Age of End really got the crowd rocking, as they belted out their tunes. My only regret is not picking up some of their music to listen to in driving back to Sha La La La HQ back in Boston.  I can’t really complain since I’ll listen the tunes again as we review the footage. 🙂

I’ve got to admit, going on a live event shoot is pretty thrilling and I really like to take on such a demanding challenge of trying to keep up with the performer moving around (Thank god for CrossFit Craic for helping me maintain the endurance for that).  Unlike a corporate shoot, where the movements of the talent is limited, at a concert stage, all bets are off!  You need to anticipate the performers movement so you can avoid the film to look shaky with such abrupt movement. (unless it was intended for an artistic effect, like you see on Star Trek).  To help cut down on the guess work, we took other steps in ensuring a fluid shoot, such as a simple conversation with the crew on how to shoot it, practice on our filming technique and our foot work.

One neat thing we did was putting together our Drummer Camera for the first time. We didn’t have a Go Pro camera, but we had the next best thing, a Kodak zi8 camera, that worked well in a pinch. It was small enough to slip behind the drummer, and gave us some great images. Plus you can buy a remote for the camera, so that we can film the zi8 from away from the drummer, Course my luck the batteries died, so I had to sneak behind the drummer to hit record on the camera.. but if the batteries were fresh, the remote would have come in handy.. The tricky thing for us was making sure that camera didn’t fall off the stand. Well, here’s a few neat tricks to ensure it doesn’t fall.  Gaffer tape, a flexible gorilla mini tripod, and another roll of gaffer tape.  Mount the zi8 on the tripod, then take the trippod legs and wrap it around the stand. Once the tripod is firmly wrapped around the stand, just tape up the tripod legs around the stand. That really did the trick. Go try it yourself, and if you have any problems, just let us know and we’ll be glad to walk you through it.

All in all, it was a pretty great shoot, and just can’t wait to work with the others in putting together the video.  We’ll be sure to let everyone know how that’s coming along.In the meantime, Rock on!

P.S.  For those that were unable to attend the performances, down below are images from last Friday, and if you click on any of the photos, it’ll take you to our FB page where you can view even more great photos, (like a shot of the gang putting together the drummer cam). 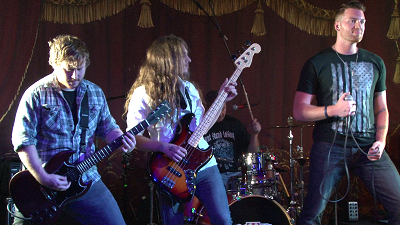 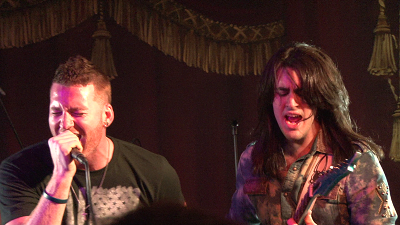 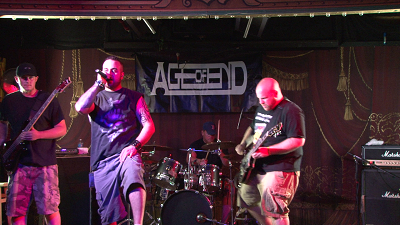