Interesting things you learned when you least expect it 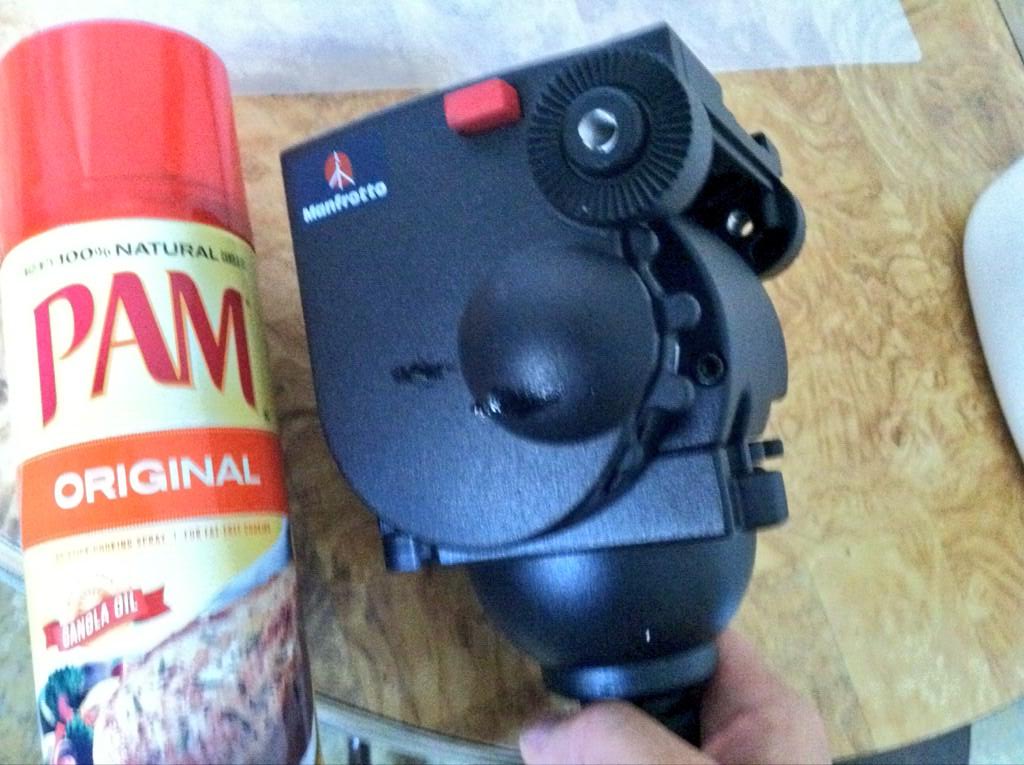 Yesterday I attended the the CameraCo 23rd Annual Video Trade Show. I look forward it for the regular reasons.

Get great deals on equipment, Attend the product demonstration, meet up with peers, and compare notes with anything I’m working on. One think I like to do is get into geek techy talk. Especially if I have any problem with taking care of the equipment  I decided to bring in my video head for the vendors to take a look at. I have is a Bogen 505 Pro Video head Manfrotto, and the darn thing sticks like the devil. so I asked the rep, his advice on what to do to fix it.

I was bracing myself that he’ll brush it off, and just say buy a new one, or just tell me to mail it to the repair center.

Instead he said, “Ok let me take a look at it, before it get’s busy”.  Again after he hems and haw, I’m thinking

I’m hoping he won’t give me a series of complicated instructions on how to fix it.

Instead, he just gave me the following remedy,

I asked why, and he replied  “You don’t want to use a spray like WD-40 to loosen a sticky button, for it’s meant to loosen metal. Since the Video head I have is made mostly of plastic.the WD-40 will eat right through it because it’s so corrosive, Pam is not a corrosive but an organic spray, so it’ll be enough to help loosen it up.

Dumbfounded, and grateful, I thanked him for his help

Who knew the non stick spray is an excellent spray to use if your the release button (the red button shown in the below) on the head of your video tripod ever get jammed.

So I thought I pass this tip along if you were interested. Well that and a slight delay with the next Tips of the Day vid, because the editing software crash, and in the midst
of trying to back up the files before I do an un-install, and re-install the editing software. Ugh. I prefer to spray Pam on the computer to fix it, but I’m thinking I better not do that. 🙂
Robert