Explosion Bus!!!! (a.k.a. Identity of the mystery shoot) 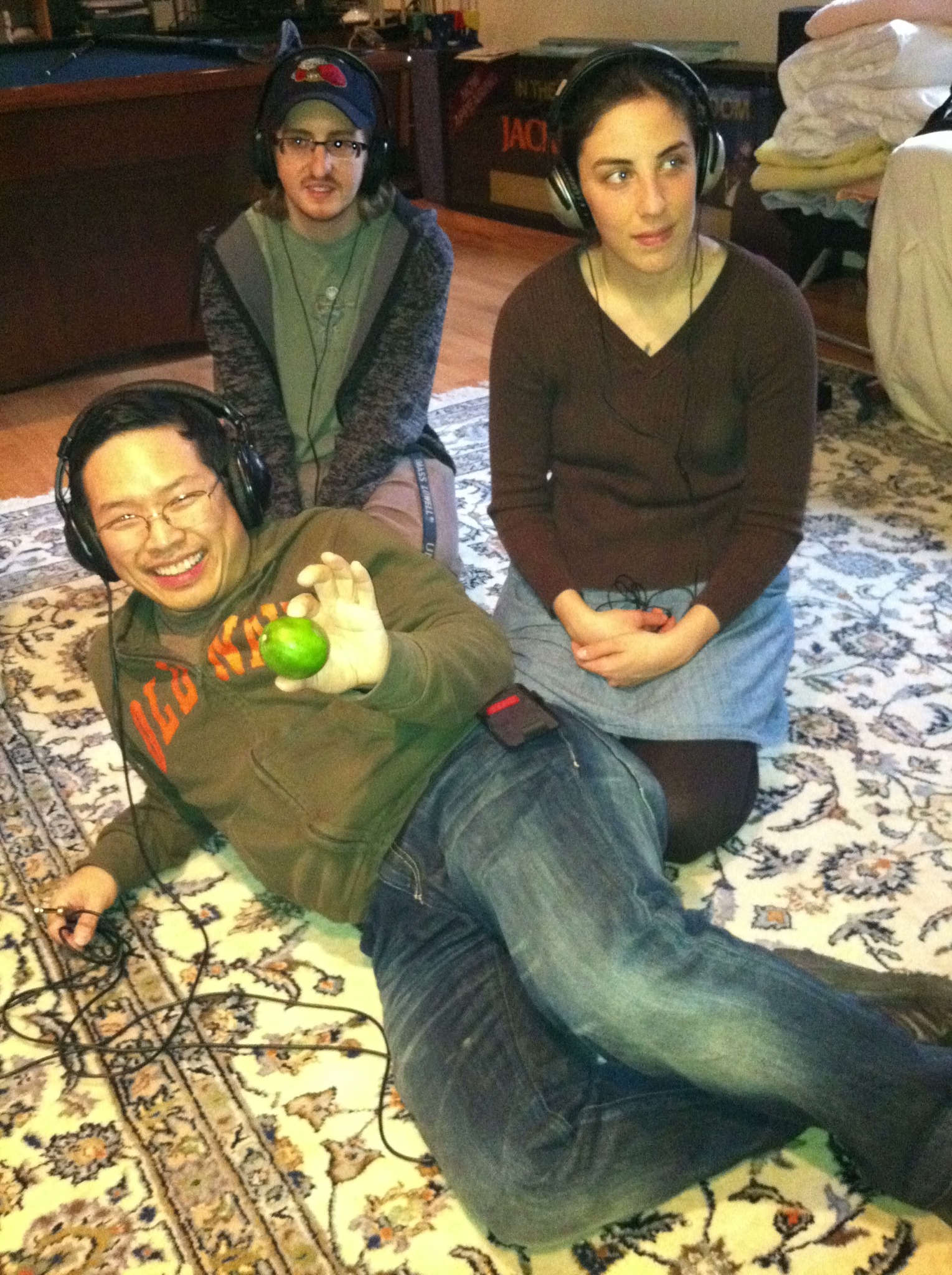 Just so excited to announce that over the weekend, the folks from Explosion Bus, contacted me to film their kickstarter campaign.  I’ll have follow up postings regarding their kickstarter campaign, but checkout their website to catch their latest episodes, I guarantee you don’t want to miss it. It’s really really funny.  Plus I can’t say enough how friendly, and funny the cast and crew were. It’s hard not to gush, I still felt a little starstruck but the warmth, and friendliness was overwhelming that I could not have been more happier and relaxed. A special thanks to Jonathan Katz, Tom Leopold,  Director Tom Snyder , Producer Katie Covett, Audio engineer Tim Dacey, PR Tom Wickersham, Head animator and voice of Candi Lyndy Bazile, and the rest of the Explosion Bus’s cast and crew for going out of their way to make me feel part of the gang, and to keep me in stitches.

My sides are still sore from laughing over Tom Leopold improv with his talking trash to everyone in between takes.  I still can’t get over the opportunity to meet Jonathan Katz.  His producer, Katie Covett, had given me the heads up how Jonathan likes to throw food at people.  Sure enough when Jon did throw it to me, I almost felt like that kid in the commercial with LC Greenwood when LC threw the kid his jersey. I think the only thing missing when Jon threw the fruit was the coca cola jingle.  To see what he threw at me, just check out the photo of me with the Explosion Bus Crew members down below.