Critical Action to take with Videos 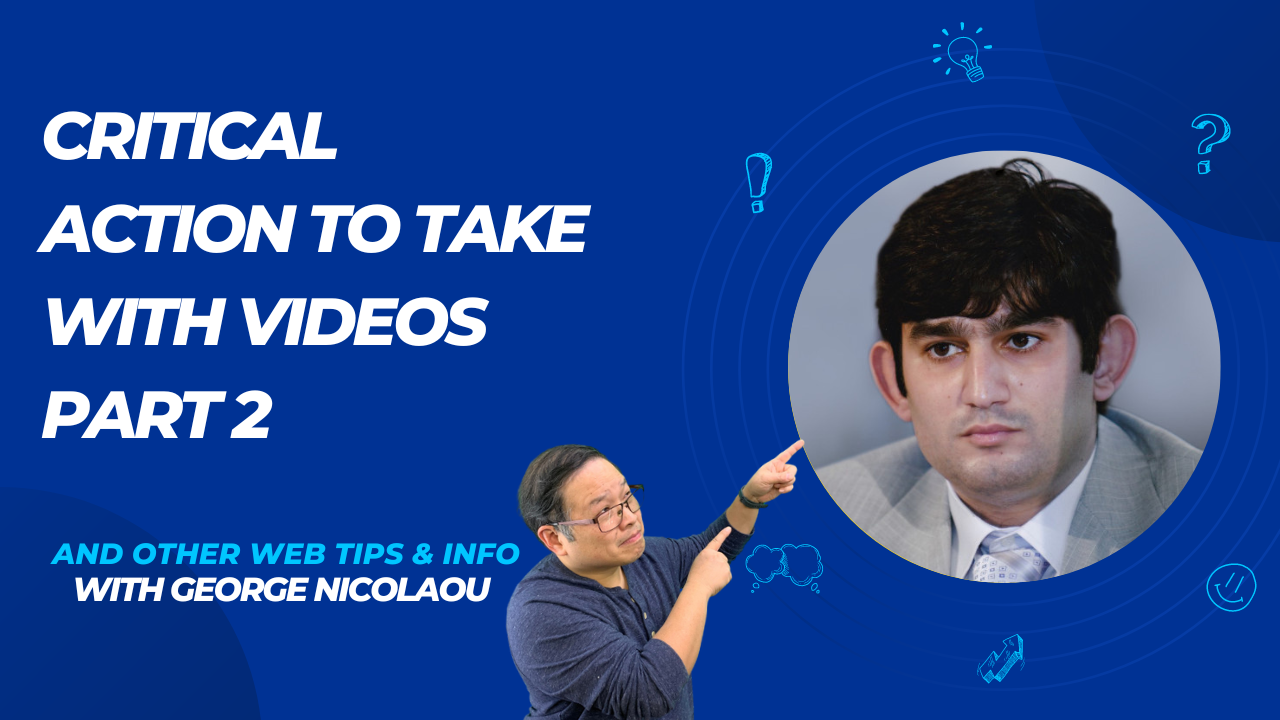 Critical Action to take with your Videos

In this past email newsletter titled #ShaLaLaLaTips4today #2, Critical action to take with videos, we spoke of the importance of having your digital infrastructure in working order. This crucial step to ensure your infrastructure is critical for your target audience to view so you can determine if a video is well received or not.

If you have website functionality problems, such as; connection issues bad coding/poor plugins to house the videos properly that prevent your video from displaying correctly, that’s unacceptable. You don’t have an accurate measure of the video performance when you have technical issues affecting people’s ability to watch it. The video could have performed well without these tech issues, but you can’t say for sure about that problem. 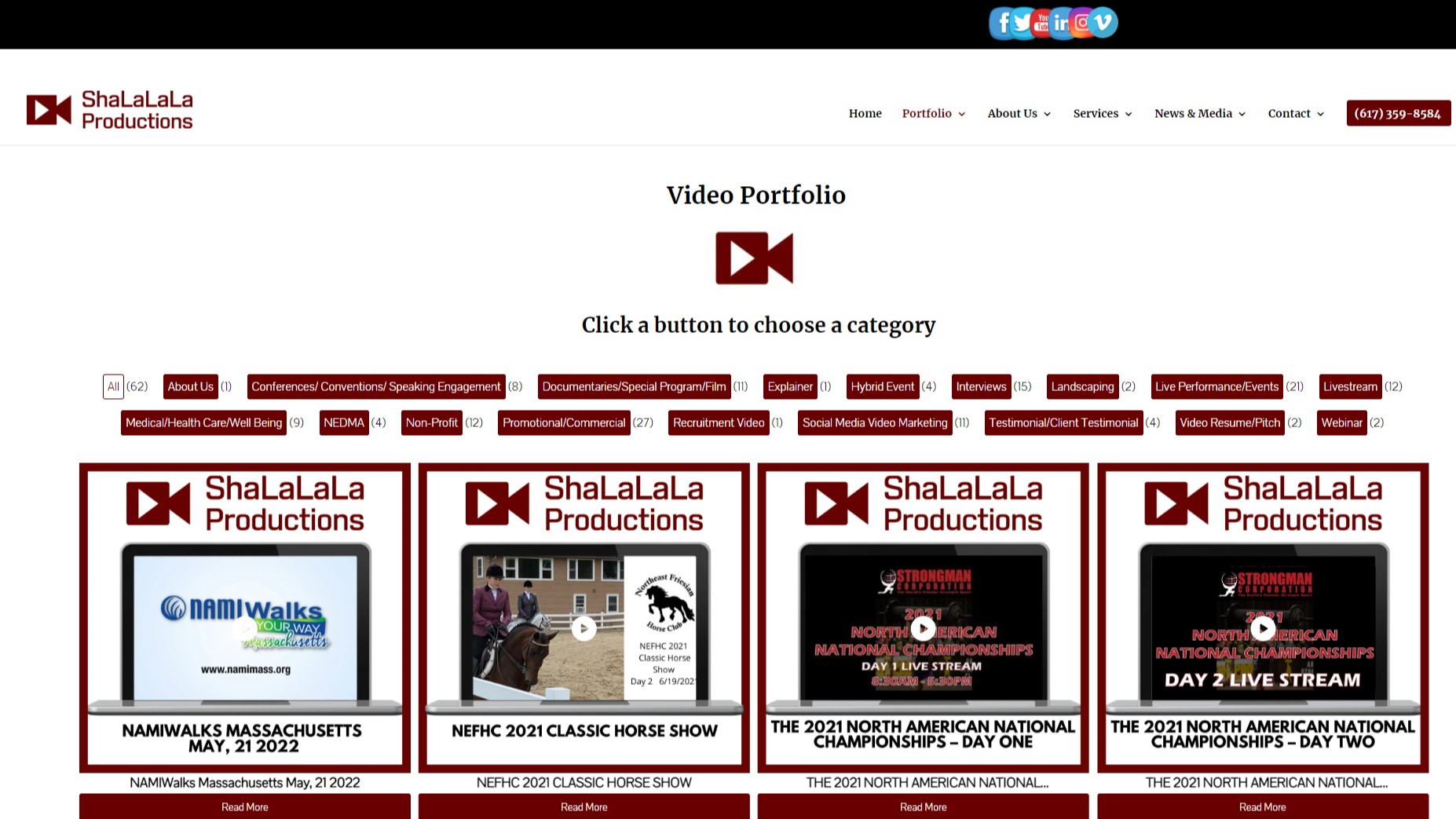 One example of digital infrastructure I wrote about last month is the website. I’m willing to use my website as an example as identifying who you need to work with on your project. This could be someone in-house or an outside specialist. More importantly, I’ll share with you how an engaging and inclusive discussion with an in-house or an outside specialist is the “critical action to take with your videos.”

How did we improve the  Video Portfolio page?

Before we dive into what we did, it’s important to discuss how we go to this point.

It’s only right that our good colleague George Nicolaou jump in to share what the problem was and what was needed to make the correction. More importantly, offer his insight on why these changes are important… 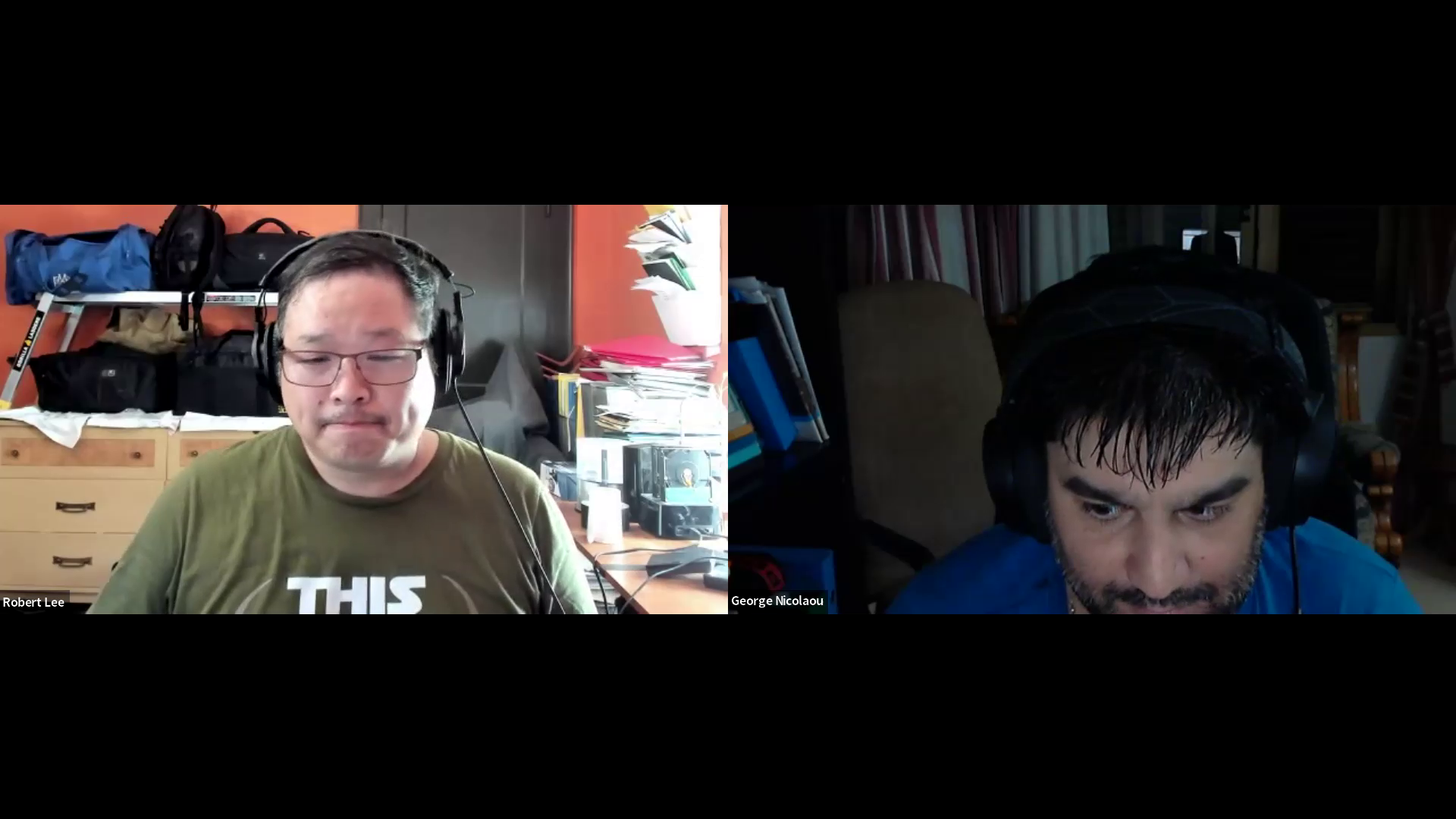 The Interview with George Nicolaou

Robert: George thanks for taking the time to talk with us, before we dive in and talk tech and video, can you tell us a little bit about yourself?

George: First off I would like to thank Robert and the team at ShaLaLaLa Productions for allowing me to add my insight to this month’s newsletter. My name is George Nicolaou. I have a BSc in Computer Science and an MSc in Information and Communications Systems, with a specialization in Educational/Instructional Technology. I have been building software and websites for people since 2008. I am a web developer and have worked with loads of people from many countries including but not limited to Cyprus, Greece, Sweden, the USA, the UK, France, and Germany. I was lucky enough to meet the team at ShaLaLaLa Productions before I became part of the team and Robert in particular via a mutual friend we have on the Internet.

Robert: Thanks George, my head’s spinning from the different time zones you deal with for sure. Ok so let’s dive into the topic. Can you share with us what you did to address our website issues with our portfolio page?

Robert: What information did I need to correct the issue?

George: I needed to look at the themes and plugins ShaLaLaLa Productions was using to figure out what may be making this page so slow. I will simply enumerate the issues I was looking at keeping it simple, and not getting into the tech too much as I am aware that not everyone is a web developer.

Robert: Is the ShaLaLaLa Productions website on a good/fast enough server?

George: I suggested they switch hosting if and only if I can prove that switching would make the site faster and obviously it had to be at a reasonable cost to ShaLaLaLa Productions. So I cloned their site as is with all the problems without any fixes to a temporary domain at the hosting I prefer. The site was instantly faster although the portfolio page was still sluggish.

Robert: Does the site have enough memory to run?

George: Like your Computer, a Server has RAM/Memory. With WordPress, you can define the maximum memory to use for your site. I checked and oddly enough that was set to 40 Megabytes which is extremely low even for entry-level hosting. I increased that. That issue was solved now. This leads us to look into whether the site is optimized.

Robert: What do you mean when you say you need to check if the site is optimized?

George: This basically means that you as a developer need to do everything you can to make the site as fast as possible without losing any functionality. I can’t cover this topic in depth but things like compressing the images on your site, making sure that you optimize the code to not load unnecessary code and so much more.

Robert: Does where the videos are hosted affect the website’s performance?

George: I needed to know where the videos were being hosted to make sure that the issue was not caused by the actual source. It was Vimeo and Youtube. These sources are reliable enough to disqualify that as a bottleneck.

Robert: Is the plugin we were using the issue?

George: After all the above the portfolio was still a bit sluggish and at times some of the thumbnails would not come up. I will refrain from mentioning the plugin you were using simply because the plugin isn’t necessarily bad but the reality is that the ecosystem of WordPress plugins is vast and some of them are built with speed optimization in mind and others are simply not. After switching plugins we have the results you see today.

Robert: Holy smokes that’s a lot of info to dare I say “process” (pardon the computer pun). In my opinion, clear communication is crucial with your web developer/ team member to make the fixes and trade-offs. In using our website as an example can you share with us the importance of clear communication of some of the things others can provide to web developers to achieve this goal

George: As a web developer I have this crazy notion in my head that whatever I do I need to a) understand the functionality the client needs/wants b) make sure to explain why something might be a bad idea or undoable and c) make sure I explain why doing X may be “wrong” based on what you as a company wants to achieve. I cannot stress enough how important communication between the website owner and the developer needs to be. Let me use the portfolio page as an example.

As soon as you open the page all the videos are loaded. Since the page is video heavy it’s ill-advised to load all 62 videos (at the time of writing) in the portfolio because that will cause performance issues. So we had 2 options:

1.  Load a number of the videos let’s say 12 initially and then the rest would be split into pages of 12 or

2.  Load them all but use a technology called “Lazy loading” that will initially load only the first few that are in the visitor’s view based on their screen size and as you scroll down it loads the rest of them without the visitor knowing that’s what is happening.

I communicated my possible solutions to Robert and we tested both options and decided on using “Lazy loading” which by the way would be my choice as a developer based on the fact that Robert wanted the users to not miss out on seeing projects because they would have been required and maybe even discouraged to click a button to go to say page 2. Robert was led to the right choice because I took the time to explain the options.

Robert: That’s excellent to know, George, you’ve been generous in sharing your insights with us, can you share with us your final thoughts before we wrap up?

George: If you take away one bit of advice. Remember this. When working on a website that is video-heavy or on any projects for that matter, make sure you have the right people behind you. Make sure you have a clear definition of what you want and make sure that the expert is willing to communicate the logic behind the expert choice(s) he/she is making on the behalf of your company. Be professional and dumb it down for the client so that they know you have their business interests/goals in mind when making your expert decisions.

Robert: Thanks again, George. We know we’ve covered a lot of ground. If after reading this you have questions for George or me, send them to [email protected], and we’ll be glad to clarify.